A student of the history painter François Guillaume Ménageot, Marie-Victoire Lemoine was primarily known for her paintings of women and children. She was born in Paris in 1754 to an artistic family—two of her three sisters were professional artists, as was a female cousin on her father’s side.

In 1796, Lemoine made her debut at the Salon when she exhibited The Interior of an Atelier of a Woman Painter. The work is an affirmation of the status of women as professional artists and some art historians have described Lemoine’s decision to exhibit the work in 1796 as a discrete homage to Vigée Le Brun, who had fled France seven years earlier in response to the violence of the French Revolution.

An accomplished portraitist, she had previously shown works at the Salon de la Correspondance, an exhibition venue for artists who worked outside the official, state-sponsored Academy. Unlike her contemporaries Adélaïde Labille-Guiard and Élisabeth Vigée Le Brun, Lemoine was not admitted to the Academy in the 1780s, despite cultivating a prestigious group of patrons and securing modest royal commissions. In 1791, the Academy was abolished and the official Salon was opened to all artists.

After her debut in 1796, Lemoine would show works intermittently at the Salon until 1814. Only thirty known works by Lemoine have been identified, the majority of which are portraits or allegorical figures of women and young girls. The accessibility of the Salon after 1791 provided Lemoine with the exposure she needed to obtain portrait commissions in the 1790s and early 1800s. Lemoine died in Paris in 1820. 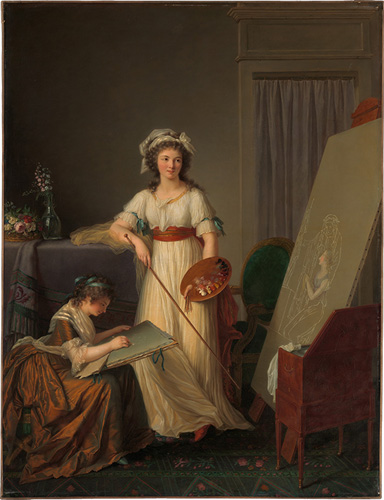 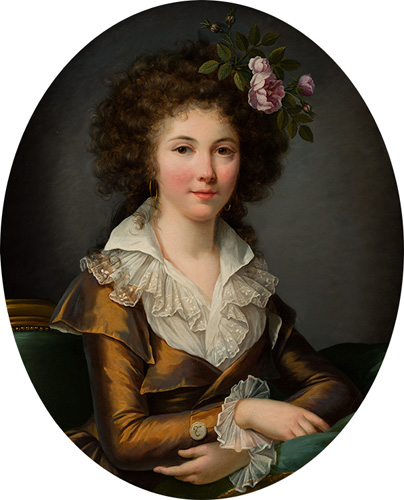 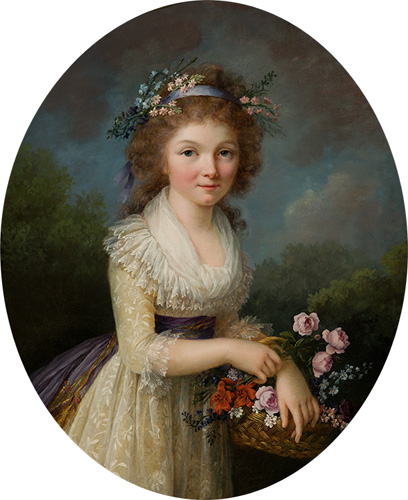 Royalists to Romantics: Women Artists from the Louvre, Versailles, and Other French National Collections. Washington, DC: National Museum of Women in the Arts, 2012.