A Space of Their Own

Having a profession of any kind, including that of an artist, was exceptional for women in Europe and North America between 1400 and 1800. Those women who managed to become artists faced challenges framed by religious beliefs toward their gender, which characterized women as intellectually, physically, and morally unequal to men.1 Female virtue was seen as more fragile and women’s minds were considered less worthy of education, thereby limiting their individual rights and freedom. Overall, women faced few options—the convent, marriage, or prostitution.2 Although women’s education was promoted during the Reformation in the sixteenth century and educated women contributed to intellectual life during the Enlightenment of the eighteenth century, far fewer women than men had any kind of career, including that of an artist, well into the nineteenth century.3

Until the eighteenth century, women who were the daughters, sisters, or relations of other artists were more likely to become artists then women with no such connections. Many of them learned skills that were passed down from their artist fathers or mothers. Artemisia Gentileschi, for example, learned from her father, the noted painter Orazio Gentileschi; Élisabeth Vigée Le Brun’s first teacher was her father, the minor painter Louis Vigée, who died in 1767; and the groundbreaking botanist and entomologist Maria Sybilla Merian (1647–1717) taught her daughters, Johanna Helena Herolt (1668–1723) and Dorothea Maria Graff (1678–1743). Some artists learned from their siblings: Lucia Anguissola (1536/38–1665/68) was instructed by her sister, Sofonisba (1532/35–1625), and Barbara Sirani (1641–1692) received training from her celebrated sister, Elisabetta Sirani (1638–1665).

For those women not born into artists’ families, learning to make art could be a challenge. For example, Plautilla Nelli (1524–1588), one of a number of nuns who became artists, was so determined to become an artist, she taught herself. Sofonisba Anguissola and her sister Elena demonstrated such talent that their father, Amilcare Anguissola, took the unusual step of hiring the master painter Bernardino Campi (1522–1591) to serve as their instructor, and the women lived with Campi, as any male apprentice would, for three years.

From the seventeenth to eighteenth centuries more women from non-artist families had found their way into the field. The celebrated pastellist Rosalba Carriera (1673–1757) was the daughter of a Venetian lawyer (although her mother was a lacemaker and grandfather a painter); the miniaturist Maria Felice Tibaldi (1707–1770) was the daughter of a Roman musician; Maria Hadfield Cosway (1760–1838) was born in Florence to an English innkeeper; and Rachel Ruysch (1664–1750), one of the finest flower painters in history, was the daughter of a botany professor.

Women artists also instructed other women. Beginning with Sofonisba Anguissola, the list of those who taught other women grew over the centuries, and by the seventeenth and eighteenth centuries, some were taking on groups of female students. Elisabetta Sirani established drawing classes for women, and later Adélaïde Labille-Guiard (1749–1803) took on a contingent of devoted students, most notably Marie-Gabrielle Capet (1761–1818).

The story of the obstacles women artists faced has been the subject of many studies since the groundbreaking effort by Germaine Greer.4 The fact that so many women, who are or will be found on our website, succeeded in becoming artists despite the constraints they faced is a testament to their determination, ingenuity, and spirit. Pursuing art despite the limitations imposed on them by their gender tells us a great deal about these remarkable women. Perhaps among the most important thing we can learn about them is that these women chose to make art. They were not required by society to do so—in fact, just the opposite. They could not practice a trade or a profession as men did. We can therefore conclude that women who became artists were driven by a powerful inner conviction to make art. In that respect, the women artists in our survey are not only remarkable for overcoming so many limitations but also for representing from the earliest times something rare and actually modern—that of pursuing a calling, of following a desire to express themselves.

1 The literature on this subject is extensive it is beyond the scope of this brief introduction; however, one early source Caroline M. Breyfogle, “The Social Status of Women in the Old Testament,” The Biblical World 35, no. 2 (1910): 106–16. In 1 Corinthians 11:10, Saint Paul states, “man was not created for the sake of woman, but woman was created for the sake of man.” Tertullian, “the father of Latin Christianity” (ca. 160–225) said, “Woman, you are the gate to hell.” Thomas Acquinas avowed, “Woman is a temple built over a sewer.” In the Reformation era, Martin Luther encouraged women to become educated and to leave convents. See Albrecht Classen and Tanya Amber Settle, “Women in Martin Luther’s Life and Theology,” German Studies Review 14, no.2 (May 1991): 231–60. Philosophers, notably Michel Montaigne (d. 1592), alternately praised or criticized women. See Mary McKinley, “Montaigne on Women,” in The Oxford Handbook of Montaigne, ed. Philippe Desan (2016). By the seventeenth century, Rene Descartes advocated for the intellectual equality of women, as did Voltaire during the eighteenth century.

2 Thousands of women became nuns; a good number became prostitutes, sometimes leaving behind unhappy marriages. During the seventeenth century, Venice, famous for its courtesans, reportedly had 20,000 living in a city with a population of 160,000. The norm for most women was marriage (often arranged) and motherhood.

3 An exception, Bologna, Italy, which housed Europe’s oldest university, not only promoted education among women but also fostered more women artists than any city in Europe between 1400 and 1800.For women who did manage to become artists, their gender defined their training, how they practiced their professions, what mediums they worked in, and which subjects they depicted. It also influenced how their works were seen and evaluated, which was markedly different from male artists. Despite these obstacles, a remarkable number of women managed to become artists, finding ways to learn, work around the societal limitations to engage with patrons and collectors, and use their creativity to add new dimensions to well-established subject matter, while also contributing to the advancement of scientific fields such as botany, anatomy, and entomology. And, because women artists were a rarity, some of them became quite famous. 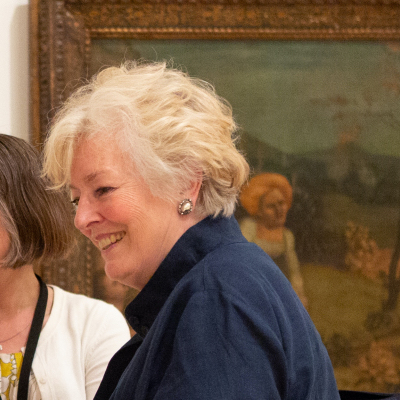