Along with Angelica Kauffman, Mary Moser was one of two women artists admitted as founding members of the Royal Academy in 1768. At age twenty-four Moser was the youngest artist to be admitted for membership. Like Kauffman, Moser was a child prodigy. Her youthful accomplishments include winning Royal Society of Arts medals in 1758 and 1759, at ages fourteen and fifteen respectively.

She was born in London in 1744 and received her earliest artistic training from her father, George Michael Moser, a maker of medals and painter of enamels. As she developed as an artist, she began to specialize in flower painting, which ranked low in the academic hierarchy, but was highly remunerative. Moser’s oeuvre also includes a number of portraits, most of which do not survive. A self-portrait based on Romney’s likeness of her and a portrait of her artist friend Joseph Nollekens are known today. Even more significant is Moser’s interest in history and narrative subjects, as she submitted history paintings to the Academy a number of times. In 1784, for example, she exhibited no. 161, Aminia from Tasso and no. 13 Medora and Angelica from Ariosto. In 1788 she exhibited a scene of Atalanta and Hippomenes, and in 1798 she entered a scene from the gothic novel Mysteries of Udolfo. Notably nearsighted, Moser evidently had to work very close to her canvas, a feature that is reflected in both Romney’s portrait and her own self-portrait.

Her career reached its highpoint in the 1780s, when she became a drawing teacher to Princess Elizabeth, and in the 1790s, when Queen Charlotte commissioned her to decorate a room in her newly purchased home, Frogmore, with flower paintings. These works still make up the “Moser Room” at Frogmore. In 1793 she married Captain Hugh Lloyd. During her marriage, she continued to exhibit, but as an amateur under her married name. Although she suffered a stroke in 1810, reportedly she recovered enough to continue to paint for a time, until her death on May 2, 1819. 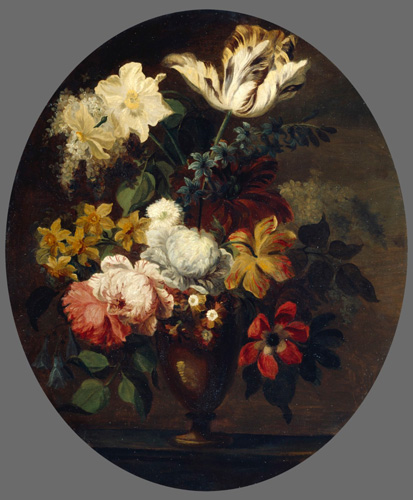 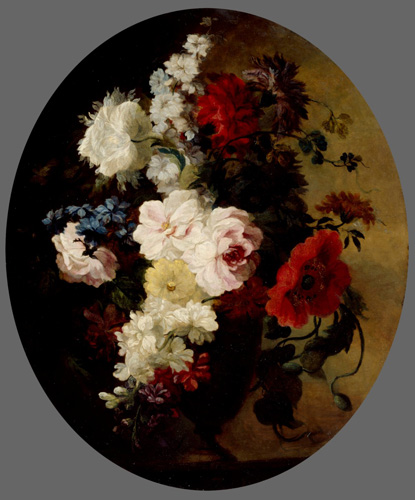 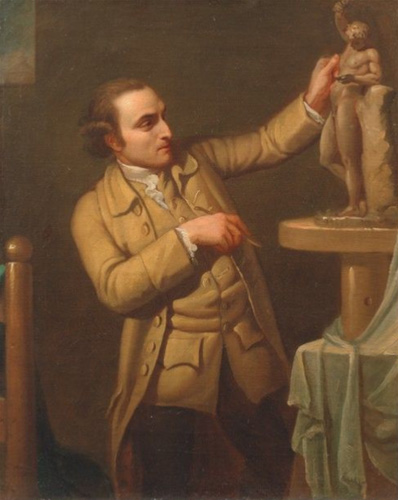 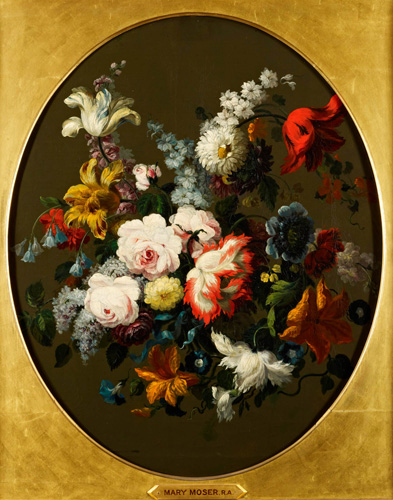 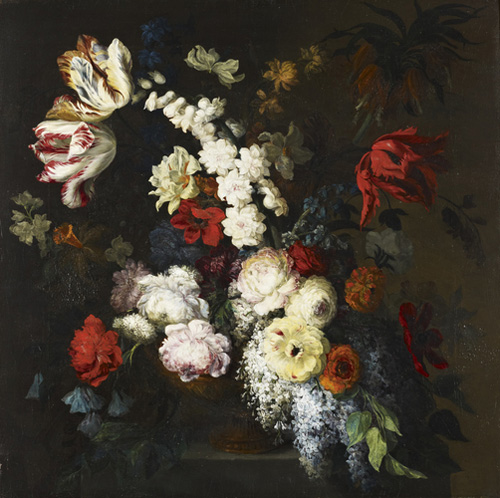 Stewart, Brian and Mervyn Cutten. The Dictionary of Portrait Painters in Britain up to 1920. New York: Antique Collectors’ Club, 1997.